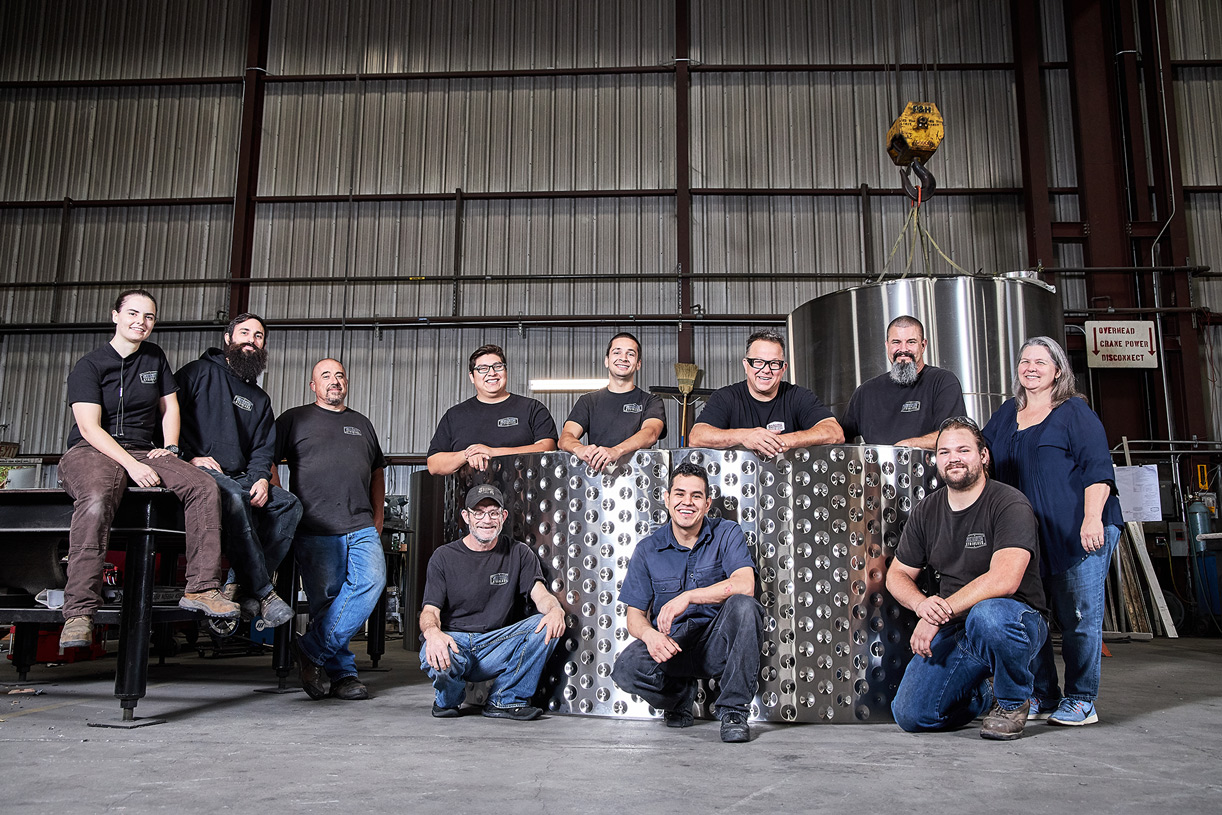 Back in the 1990s, a young California welder named Vince Frere was working on stainless steel tanks for the wine and beer industries. More than a welder; Vince was an innovator who believed he could improve upon the way things were done throughout his profession. A few years later, he formed his own company and began to implement design elements and protocols he had been pondering for years.

Today Vince owns and operates Sonoma Stainless in Santa Rosa, California, where he crafts tanks and other tools for many of the nation’s most respected names in wine and craft beverages, as well as other related industries.

Vince has brought his passion for stainless steel tank and equipment design to Sonoma Stainless. And that passion is engineered into every product that is manufactured. Nothing leaves the warehouse without extensive testing to guarantee satisfaction for every customer.

Vince always says, “I am only as good as my team.”  We are all committed and dedicated to top quality work.